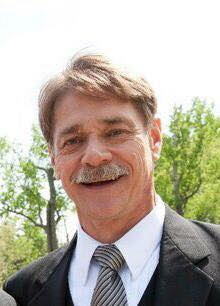 
The following is my eulogy, which was read at my dad's memorial service by one of his best friends, Mike Phillips of the Goon Squad.

Smile  •  Love is all you need  •  Without any rain, there would be no rainbows  •  Nothing will ever replace hard work and perseverance  •  The toughest enemy we will ever face is ourself (self doubts, lies, untruths, others' opinions, negative self talk, etc)  •  Never let the fear of striking out keep you from swinging the bat (Babe Ruth)  •  Smile.


As I struggled with the task of how I would ever find the words to begin this, just like always, Dad was there to help. These are the words and phrases he had written on a single sheet of yellow paper that was sitting on his desk, and on the front and within the margins of one of his daily prayer booklets. 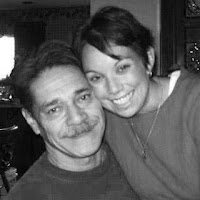 On the front of the booklet he had written "Smile." Below it were the words, "Love is all you need." On one page he had dog-eared, the word "Smile" appears again on the triangular fold - this time with several underlines. Pull back the dog ear and the entry for Wednesday, June 18, is titled "SMILE!" in big, bold capital letters. It reads: "A recent study concluded that smiling can be good for your health ... but smiling isn't just good for you, a genuine smile blesses those on the receiving end as well...A smile can hug someone with love without giving them even the slightest touch. Life does not always give us a reason to smile, but when we see a heartfelt smile on a child's face or through aged wrinkles, our hearts are encouraged."

Dad had underlined the words, "Life does not always give us a reason to smile," then drawn an arrow and had handwritten the words, "But if given the opportunity, why not?"

That was Dad. When I close my eyes and think of Dad, hundreds and thousands of amazing memories flash. Every single one of them is GREAT. Every. Single. One. I have thought about so many of those specific memories throughout the past two weeks, but what I keep coming hack to is his awesome smile, and that one-of- a-kind, indescribable, infectious, wonderful Gary Baranyai laugh. I smile and laugh just thinking about his laugh. Dad would often get so tickled about something – often times it was his own silly jokes that no one had a clue what he was actually laughing about, but you couldn't help but get wrapped up in it and just start laughing with him. He's the only man I know who can draw more attention at a comedy show than the comedian on stage – dad would laugh so hard that everyone would look at him!

Life wasn't always easy for my dad, hut he CHOSE to smile and laugh often – AND to pass those smiles and laughter onto others. He ALWAYS gave a smile, a kind word, a hug or a handshake to EVERY ONE he ever met. He always brought joy to those around him. The world was a brighter – and better place – because he was in it. I know one thing for sure, and that is that the world could use a lot more Gary Baranyai's ... but there was only one – and he was perfect. 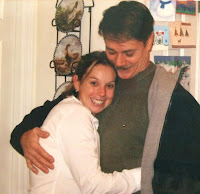 He was many things to many people, but more than anything, he was the greatest dad to me and my sister, and the greatest husband to my mom. From as far back as I can remember, I have always felt like I was the luckiest girl in the world because he was my dad. I told him this all the time, and I wrote it on every Father's Day card I ever gave him. He would smile his Daddy smile, and then tell me that I was the best daughter in the world ... but it seems I could never impress upon him enough / that it was because of him. I am his daughter, and I'm everything I am because he loved me. Everything good I have in me is a direct result of dad.

I watched my dad always work so very hard to give me, Kelly and mom a wonderful life – and that's exactly what it was. We were so lucky. His love for us was unmatched by anything in this world – and it was easy for others to see just how much he loved us. And it was so easy to love him – who didn't love dad? So many people have told me how much they loved him, but rest assured that I loved him the most. From the minute I was born there was such a specialness to our relationship, and a bond that was like no other. He was my best friend, my everything – my soul mate. It didn't matter what we were doing – dad and I always had a blast. But for as much as we both loved to play, dad was also the greatest when it came to the quieter, tougher moments in life. He always knew exactly what to say to make things better. Whenever I felt like life was getting to be too much, all it took was a simple phone call or a hug from dad to make everything right in the world again. He just had that special way about him. And he made everyone around him feel special.

He could also fix ANYTHING. Just give the guy a roll of duct tape and some liquid nails, right dad?!?! He spray painted our little green Volkswagon to save money, salvaged many a science project and constantly played Mr. Fix-It around all of the houses in the family. He was always trying to make things better – whether it be around the house, bandaging a skinned knee or mending a broken heart. Daddy did it all – and he did it in his own special way. 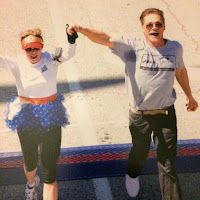 I had a lifetime of special moments with my dad, most recently when he ran me into the finish line at the St. Louis GO Marathon in April (2014). The last half of the marathon I was fighting and pushing through intense knee pain. When I saw dad along the course around mile 20 or 21, he grabbed my hand and said he would walk with me for a bit. When I was ready to run again, we started running together. He said, "I'll just go to the next stop light." But then he went to the next stop light, and the next, and the next! Even though he was always incredibly fit, he hadn't run in years, and the man was wearing blue jeans!! We were having a BLAST. We were running, and he was singing old Marine cadences and pumping his fist in the air shouting "Semper Fi!! Semper Fi!" We were smiling and laughing the whole time – I had long forgotten about any knee pain I was having. We talked about how Baranyai's NEVER give up, and that we may not be the smartest, fastest or beste at anything, but we are always trying our hardest. Dad ran me the entire rest of the way to the finish line, and as we were running, I thought to myself, "This is one of the best moments of my life." I could feel how amazing it was as it was happening. At the finish line, we threw our arms up high, hugged, high-fived and celebrated. It was an incredibly special moment. 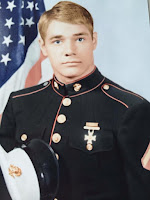 So was the T-Bird ride away after Travis and I got married. So was when he let his hand off the back of my bike and I learned to ride without training wheels. So was when he would later whip my butt on a bike ride in Forest Park, which he then talked about for years!! But here's the thing – I had many, many moments and experiences just like that with dad ... that just happened to be the icing on the cake. Dad had a way of making the most ordinary moments the best. One of my favorite things to do was just meet him for lunch at Einstein's or tell him about my latest story at work or how my triathlon training was going. My dad was always telling me how proud of me he was, but the truth is, I was proud of him. Beyond just being the stand-up, awesome guy he was, he was named #1 out of 10,000 Marines and was awarded the American Spirit Honor Medal, which is the nation's highest recruit award. I never knew that until just last week because dad was never the type to point out his accomplishments, though they were many. I admired him for everything he did and the way that he did it. I idolized him for all that he was. He was my hero, my knight in shining armor who always saved the day.

Dad left us many lessons – work hard, persevere, and never ever give up. Play fair. Never judge anyone. Be kind to everyone you meet – you never know what battles they are fighting. Sometimes you have to get through the rain to get to the rainbows. Shoot for the stars. Always do your best. Do what makes you happy, even if that means shoveling dirt for the rest of your life. Don't take anything for granted. Try not to sweat the small stuff. Take time to watch the sunset. Despite the brokenness in the world, look for the beauty in it. Don't place a period where God has put a comma. Listen to the Beach Boys. Dance. Laughter is the best medicine. Smile. Have the ability to laugh at yourself And many, many others. Everything he taught us made us the strong, beautiful women that we are today.

He had more strength, determination and perseverance than anyone I know, and he worked so hard. He was one of the kindest, gentlest souls there ever was. He loved skydiving, dancing, collecting model trains, riding in his 1956 Thunderbird and spending time at his little place in the country, which he affectionately dubbed the "Skydance Ranch." Most of all, he just loved being with his family and friends – and we loved it, too.

There's so much more I want to say about dad, but I just don't have the words. Nothing I could write could ever do him justice, so I'll again let him help me speak the words I can't. In the cover of his paperback Bible I found many handwritten notes in my dad's signature scribble. One of them said: "Laughter can cancel a heavy heart!" 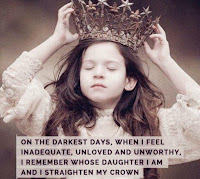 My dad left an amazing legacy that included an immense amount of love and laughter. As much pain as I – we – are all in right now, we have to somehow try to find ways to keep smiling, keep laughing. It's what my dad would have wanted, and it's the way in which he will live on. I wish for a thousand more memories with dad, but I am grateful for the thousands that we had. He was our angel here on earth, and now he'll our an angel in heaven, and I know he'll always be in my heart and by my side wherever I go and whatever I do. I can't imagine having to live even a day without him, and I will miss him every single day. He was just THE TOPS!!!

Daddy, you were the best dad in the whole world. I''ll love you forever, and I'll always be your little"Girlie Whirlie." 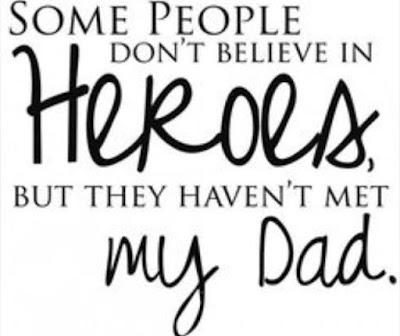