So, while many of you already know me, I wanted to take a minute to introduce you to my best friend and partner in all things Buzzing Love – Beth (Wehling) Slaboda.


We go way back, more than 20 years, to our middle school and high school days growing up in Webster Groves. When life was so much less complicated, so carefree and just so ... great. We were so blissfully naive about ... well, a lot of things really, but especially about the possibility that anything bad would happen in our lives. Of course we always knew the possibility was there, but the idea of it seemed so far fetched it was hard to believe that something horrible or heartbreaking could happen. We were both living such charmed lives ... we had amazing parents who loved us fiercely and would do anything for us, an awesome close-knit group of friends (who are still close to this day) and our biggest worries were studying for the next test, what time we had to be at marching band/guard practice and finding a dress for the dance. We'd stay up late listening to DMB, talking for hours about big things, little things or nothing at all ... and it was so ... awesome. Even when things seemed hard (and we know now they really weren't), we always knew one thing was certain – we'd always have each other. 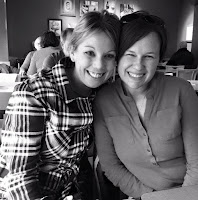 And more than two decades later, we still do. Although our lives have changed so much in the past 23-plus years since we met – in both amazing and horrifying ways we could have never even imagined back then – our friendship has been the constant. And I am so grateful. We've been there for each other – no, WITH each other – during many of the best and most joyful moments of our lives ... and the most tragic, horrifying and earth-shattering ones. It was my husband, Travis, and Beth, who literally helped save me in the most terrifying, grief-stricken, anxiety-ridden moments of my life. When things were so dark that I couldn't see the light, it was Beth who said, "Look, I KNOW you can't see this right now – and that's OK – but I promise you ... IT WILL NOT ALWAYS BE THIS WAY." 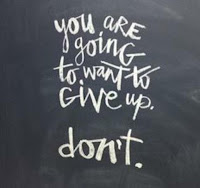 I remember it so vividly. She had come to visit from Colorado for the weekend and we were sitting on the bed upstairs in my new house, which didn't yet feel like a home. At that moment on that day – Oct. 18, 2014, three and a half months after my dad had been brutally murdered – THE PAIN WAS UNBEARABLE. I was living in a CONSTANT state of panic. I was hardly sleeping, and I was barely eating. Not just because of what had happened (although that in and of itself would have been MORE THAN ENOUGH), but also because there were several things making an already horrific situation even worse. My husband and I were dislocated and had to find a new home (because you can't live in the house where your dad was killed, obviously) and my dad's killer was CONTINUING to torment our family as best she could from behind bars – the details of which I will not go into, but suffice it to say I felt like I was quite literally in hell. I kept thinking to myself if there was actually a hell, I was in it. I felt like I was in some horror movie from which I couldn't escape. It felt like I was in some scary other dimension. Psychologists and psychiatrists call it complicated, traumatic grief and post traumatic stress disorder – I just call hell on earth. I had never imagined such a horrific reality even existed, and yet here I was somehow living in it. When I thought the rest of my life would look like THAT ... well, to be brutally honest ... I DID NOT WANT TO LIVE IT.

BUT I KEPT GOING. Not for me, but for the people who loved me. For my dad. For Travis. For mom. For all of my amazing friends. Because my dad wouldn't have anything less than that, and I had promised him I would. Because my husband said he NEEDED ME. And because of the promise and the hope that ... "IT WILL NOT ALWAYS BE THIS WAY."


And guess what ... IT HASN'T BEEN. Thank god. I couldn't have survived that long-long-term. On that excruciatingly difficult day when Beth told me that, there was no way I could have ever imagined the AMAZING and BEAUTIFUL and JOYFUL moments that were yet to come, that were even still possible in all this brokenness. Even with my heart shattered into a million pieces like shards of a broken vase strewn everywhere ... the beauty began to come in. I had to look A LOT harder to see it – and work damn hard at it – but it was there. And I am forever grateful to all of the people who not only helped me see it, but shined their own light far enough down into the darkness so I could find my way out.

Having lost her dad too, Beth has also had a tremendous amount of heartbreak and struggle of her own to carry. I'll let her share more of her story as she chooses, but suffice it to say we've both experienced tragedy and heartbreak on the front lines of our families when the unimaginable happened ... and from the sidelines as we've seen it happen to others we know – and those we don't.  And now we're trying to DO SOMETHING about it. We're trying to turn what started out as a day to honor my dad on the anniversary of his death into an ongoing effort to put more kindness into the world and help others – because every day is a good day for love and kindness, and you never need a reason to help people! 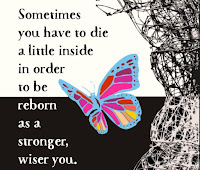 There is no one better suited to help my husband and I with this mission – as my best friend who was practically my dad's third daughter (she and Daddy B., as she always called him, had such a special connection), along with her own awesomeness, she is all things Buzzing Love. It was at midnight on June 17, 2017, that Travis, Beth and I sat at the kitchen table (in our house that is now a HOME) and toasted with a bottle of my dad's Mogan David that Buzzing Love was born. It had unofficially been buzzing for a long time thanks to our Army of Love, but I didn't hit the "Publish" button until that night at the kitchen table. 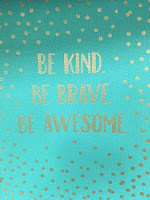 Buzzing Love would not have come to "bee" in the way that it has without Beth. Every time I had doubts or questioned whether I should REALLY pursue this ... I listened to my heart and her voice in the back of my head that always said: "Don't stop ... The world needs this, DON'T STOP." (I even put it on Post-It notes on my desk at work so I would have a constant reminder!) So here we are ... just TWO BRAVE GIRLS (which is what we going to call a blog we planned to start before Buzzing Love came about) ... two Brave Girls doing our best to pick up the pieces, make our dads proud, find joy in the pain, live life out loud, leave the world a little better than we found it and keep carrying on. We hope you'll join us on this journey!